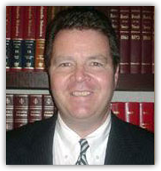 Illegal Possession of Prescription Drugs in Florida
Given Florida law enforcement’s recent crackdowns on individuals involved in the illegal sale and possession or prescription medications, it’s incredibly easy to find yourself the target of an overzealous drug “trafficking” charge. Florida law defines trafficking as illegally dealing or trading a controlled substance, so the wording itself allows charges against you if you are simply caught with a bottle of pain pills that don’t carry a valid prescription.

Even worse, a conviction on this charge engages Florida’s mandatory sentencing. If your case is charged as a first degree felony, you probably won’t be eligible for any diversion program, even if you have no drug priors.

In a drug-related arrest, several factors go into how you are charged:

Drug trafficking charges in the State of Florida are always serious. You will need an experienced, knowledgeable drug charge defense lawyer to help you avoid an excessive sentence and hopefully, get a second chance.

Don’t Let One Mistake Cost You For Years
The law firm of Charlie Mead, P.A. represents individuals charged with:

Drug Paraphernalia and Florida Law
Considering the number of common, everyday items that are considered “drug paraphernalia” by South Florida law enforcement, it’s critical that an experienced drug crime defense attorney argue in your favor if you’re charged with possession of drug paraphernalia. A good attorney can dramatically influence the outcome of your case.

“Paraphernalia” denotes the supplies and devices people use to ingest, mainline, smoke or otherwise abuse controlled substances, in addition to items used to grow, develop, or manufacture these substances.